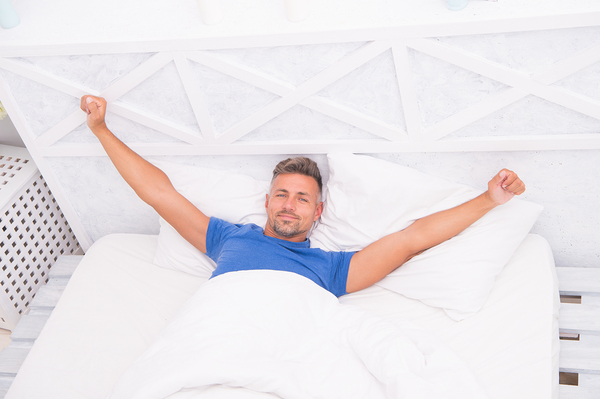 A good night of sleep is crucial for your body and brain for a number of reasons. Getting your requisite 7-9 hours each night will help your daytime awareness, this much is widely known. But not a lot of people know the full benefits of a good night of sleep.

Below, Holmes Chiropractic goes over a few compelling benefits that getting your Zs gets you.

When you get into deeper states of sleep, your blood flow increases, targeting the muscles, which enables tissue growth to occur.

REM sleep has been shown to give energy to the brain and the body. Your brain is also being active during states of dreaming.

A healthy night of sleep has been shown to help contribute to a healthy immune system, which will help you ward off sickness and infection.

Contact Holmes Chiropractic to learn more about how our treatments can help you get a better night of sleep, even for those who live with insomnia. Call today to learn more. 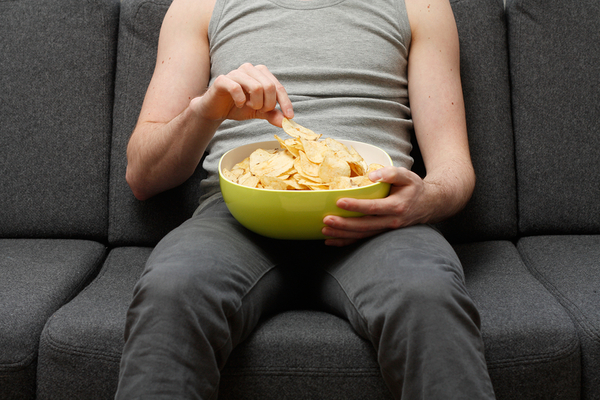 As many of us continue to hunker down in our quarantine efforts, some of us might be taking it a little too easy on ourselves when it comes to getting exercise, getting the right amount of sleep (and not oversleeping), and eating healthy foods.

Below, Holmes Chiropractic goes over a few common mistakes people are making with their quarantine routines.

Drinking half your body weight in ounces of water will help your body run and function properly. Lack of hydration can lead to headaches, irritability, lethargy, exhaustion, and more.

Most of us staying at home now have a considerable amount of free time on our hands. It’s important to try to be productive, even if it’s just in small ways. Keep the house clean, meditate, even make some video calls to some loved ones — all those things are better than sitting on the couch binging TV for hours.

It’s important to get 20-45 minutes of exercise in each day, whether it’s a morning walk or a Zoom yoga class you’re attending. Make sure you stay active this time in order to stay healthy.

Take a good look at your routine and see if there are areas where you can improve. Making progress, even if it’s slow, that’s what it’s all about! Contact Holmes Chiropractic for more information about how to boost your COVID-19 defense.

This video will help you relax 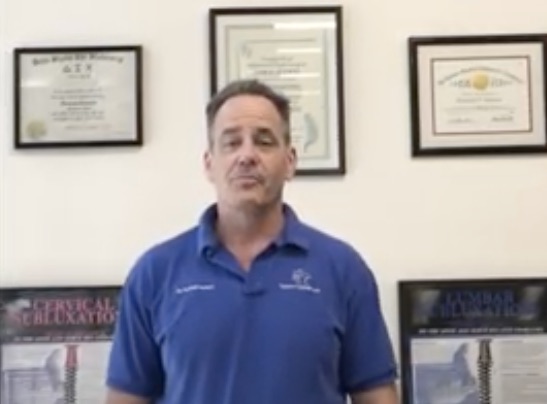 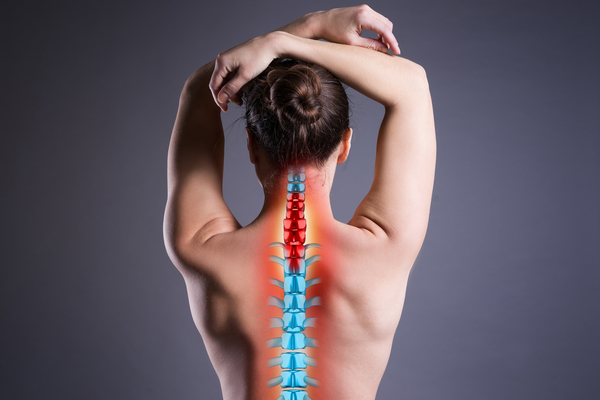 At Holmes Chiropractic, we offer techniques that incorporate The Palmer Method, techniques that improve posture and provide drug-free pain relief, not to mention release tension in the body for therapeutic and wellness benefits.

The Palmer Method is a technique that aims to manipulate the atlas, which is the first vertebra. The atlas is located at the top of your spine and misalignment of the atlas can cause potential problems that extend to the lower spinal column. Properly aligning the rest of the vertebra will help your spine fall more naturally into place.

The Palmer Method utilizes a special “hole-in-one” technique. We provide X-rays that will help locate the exact position of the atlas, then systematically manipulate the spine and atlas in a variety of directions until we’re able to put it rightfully in place.

If you’d like to learn more about our techniques and services, contact Holmes Chiropractic today. We have a long track record of keeping families healthy and well. 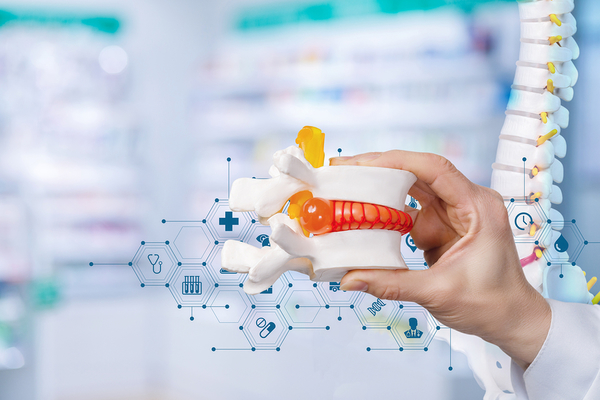 A case of a herniated disc occurs when the rubbery cushion (intervertebral disc) in between the vertebrae of your spinal cord either pushes out of place, bulges, or ruptures.

This can often happen due to overuse, injury, or slow degeneration over time.

First, there is disc degeneration, which happens due to chemical changes that come along with advancing in age. The disc starts to dry out and becomes less useful as a shock absorber.

Second is the prolapse stage, which is when the position or form of the disc changes, which can be a slight bulge or protrusion, which will end up crowding the spinal cord.

Extrusion happens next the wall of the annulus fibrosis starts to experience breakthroughs from gel-like pulposus which still remain inside the disc.

Lastly, sequestration occurs, which is when nucleus pulposus breaks through the anulus fibrosis, moving past the disc and into the spinal canal. 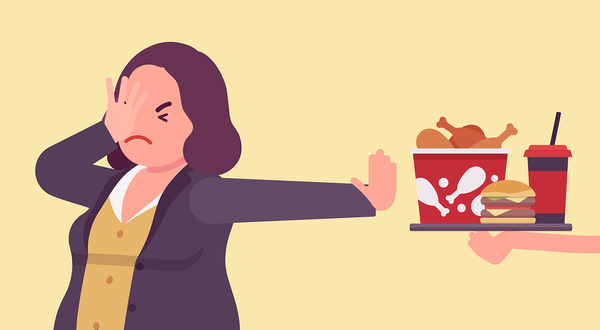 Many folks are trying fasting to see if it comes along with the health benefits that health gurus say it does. Fasting has been a practice in place for thousands of years and is often done by religious groups during certain times of the year or for certain specific reasons. Some health experts are saying that fasting can increase energy, improve focus, and give the digestive system a reset.

Most people who are healthy can fast for 1-3 days — this means only taking in water or black coffee. Many folks go on cleanses where they only give their body the minimal amount of nutrition it requires for the duration of the cleanse. Some of these cleanses can last days or weeks.

Some people say to fast once a week; some say once a month. It doesn’t hurt to get experimental with your diet, as long as you’re not hurting yourself.

Fasting has been shown to improve mental cognition and help out the digestive system, not to mention detoxify the body.

You can also experience those sorts of benefits by limiting the time you eat in each day — say, noon to 8 pm. That way your body can spend the lion’s share of the day digesting and replenishing the body. It will also ensure a good night’s sleep.

You can also limit fast food and try to eat only clean, whole foods to improve your digestive system as well. Eating smaller portions will ensure your body doesn’t get bogged down trying to digest processed foods.

Whether you decide to fast or not, that’s up to you. We’re here to help with any advice or supplemental treatment along the way. Contact Holmes Chiropractic to learn how our treatments go hand-in-hand with a healthy lifestyle. 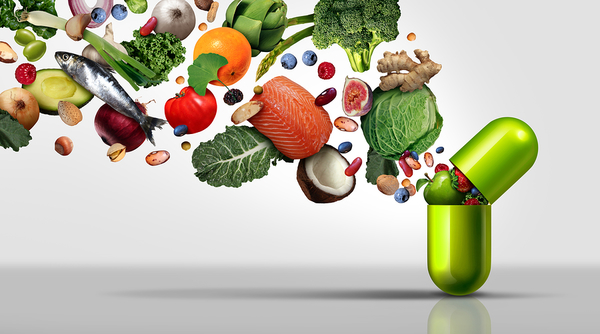 Even though everyone’s routines are out of whack due to the COVID-19 pandemic, it’s still important to check in with ourselves to make sure that we’re getting the care and nutrition we need to live a healthy life. When it comes down to it, it’s April already, and you likely set some health and wellness goals for this year — and it’s important to continue to see those goals through, even though times of self-quarantine might make it tempting to bail on any promises you’ve made to yourself.

The truth is, eating healthy and staying on top of your wellness will make this time not only more bearable but also enjoyable!

First, make sure you’re eating plenty of clean, whole foods. When you hit up the grocery store for your one visit per week (since you’re responsibly practicing shelter in place regulations), make sure to get plenty of greens, like kale, spinach, avocado, red bell pepper, and make sure to get fruits high in antioxidants, like berries.

Whatever your source of protein is, make sure to get plenty of that, and from clean and ethical sources if you’re able.

Of course, get some comfort food while you’re at it. Dark chocolate and organic peanut butter is a healthy alternative to candy and such.

If you have any questions or would like to know more about our treatments, contact Holmes Chiropractic today. We’ll get through these trying times together.